Tailor-made and inexpensive tours from Warsaw 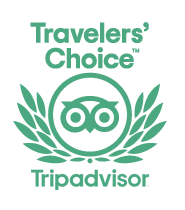 Warsaw is the capital of Poland and its biggest city. Almost entirely destroyed during the Warsaw Uprising, Warsaw is considered an embodiment of Polish indomitable will. Reborn from the ashes like a phoenix, Warsaw is beautiful and perhaps a little overwhelming. To help you find your way around, MrShuttle prepared tours and transfers to make your vacation in Warsaw easy and exciting! With our Warsaw Highlights, we will catch you up to speed about the essentials of the Polish capital. The Royal Castle, Old Town, New Town, you will see it all! Warsaw was a seat of Polish intelligence, where artists and scholars met to discuss culture and science with the King. To meet these royal standards, Łazienki were created. Visit them to experience luxury worthy of a ruler yourself! The Palace of Culture and Science is a famous icon of Warsaw. Don’t miss it. Warsavians have strong feelings about it, so make sure to ask our guides why! There is much more to see in the city itself, but remember to take at least one trip outside of it. Don’t worry about the transport, we will take care of it. We can show you around Żelazowa Wola and Brochów, a must if you want to learn more about world-famous Frederic Chopin. If you are interested in Nicolaus Copernicus, the famous polish scientist who “stopped the sun and moved the Earth”, absolutely see Toruń! However, we recommend that you also take a moment for contemplation of the darker part of world history. Treblinka Camp is within a car ride of Warsaw, and while not the happiest available tour, it is an important one.

Add your e-mail and get informations about discounts! 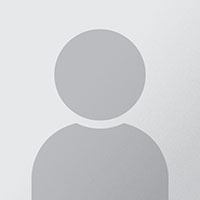 Well organised tour. Fantastic communication. We were picked up at our accommodation at the appointed time. New busses and great staff. Our guides were excellent. Good lunch provided too. Highly recommended!

Had a lovely one day tour !

Tomasz was friendly, on time, and with booking the tour everything was in a timely manner and we did not have to worry about tickets and lunch! We'll informed via email. Would recommend. Prices seem very reasonable for what they offer you :)

The Historic Centre of Warsaw is included on the UNESCO World Heritage list since 02.09.1980. The explanation of UNESCO’s decision to add it is as follows: “During the Warsaw Uprising in August 1944, more than 85% of Warsaw's historic centre was destroyed by Nazi troops. After the war, a five-year reconstruction campaign by its citizens resulted in today's meticulous restoration of the Old Town, with its churches, palaces and market-place. It is an outstanding example of a near-total reconstruction of a span of history covering the 13th to the 20th century.”

You cannot miss Warsaw Old Town and The Royal Castle! It is true that Warsaw was almost entirely destroyed during World War II in the Warsaw Uprising, but don’t think that it means there is nothing to see, or that everything is new and unauthentic. Warsaw was rebuilt and didn’t replace old with the new. Thanks to that you will be able to see the charming townhouses exactly like they were before being burned down. Consider visiting Łazienki Park and Garden, POLIN Museum of the History of Polish Jews, and Warsaw Uprising Museum. We also recommend the Copernicus Science Centre!

Top romantic walk destinations in Warsaw include The Old Town, Kamienne Schodki, Łazienki Park and Garden, and the garden on the roof of Warsaw University Library.