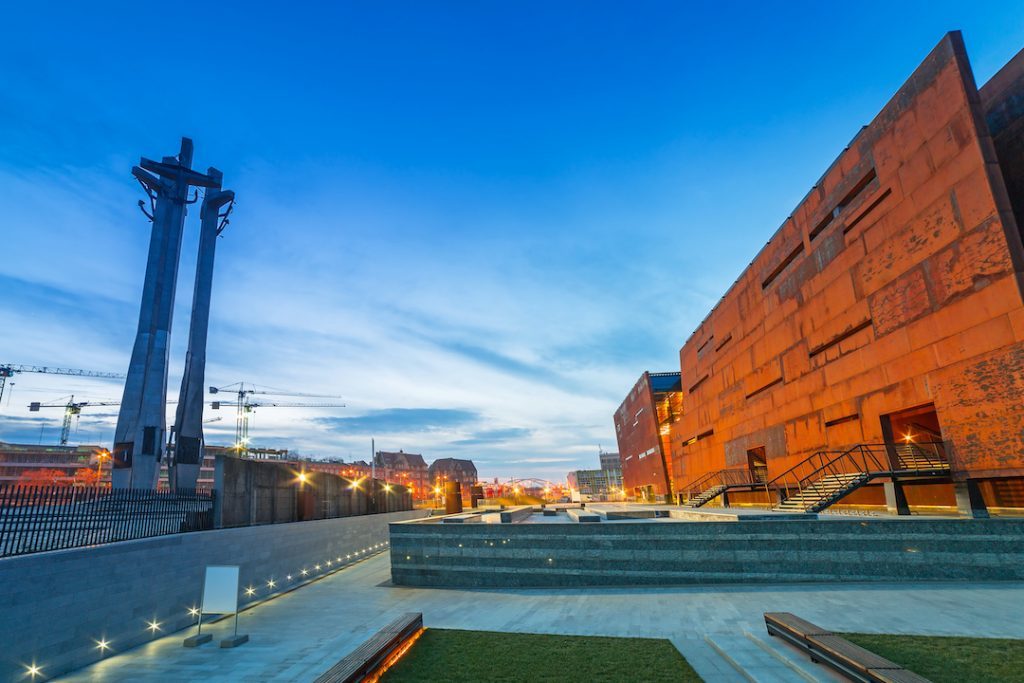 Solidarity („Solidarność”)- Independent Self-governing Labor Union “Solidarity”—is a Polish labor union that was founded on 17 September 1980 at the Lenin Shipyard in Gdańsk under the leadership of Lech Wałęsa.

It was the first trade union in a Warsaw Pact country that was not controlled by a communist party. Its membership peaked at 10 million members at its September 1981 Congress which constituted one-third of the total working-age population of Poland.

In the 1980s, Solidarity was a broad anti-bureaucratic social movement.

The government attempted to destroy the union by imposing martial law in Poland, which lasted from December 1981 to July 1983 and was followed by several years of political repression from 8 October 1982, but in the end, it was forced to negotiate with Solidarity. In the union’s clandestine years, Pope John Paul II and the United States provided significant financial support, estimated to be as much as 50 million US dollars.

The round table talks between the government and the Solidarity-led opposition led to semi-free elections in 1989. By the end of August, a Solidarity-led coalition government was formed. In December 1990, Lech Wałęsa was elected President of Poland.

Please note that all times are approximate and depend on traffic conditions and guides availability.

Check opinions about this trip

More details about this tour

Here is a break down of all the activities in the tour:

We use a fleet of new Mercedes-Benz Vans and Minibuses. Our drivers are well trained and fully licensed for travel ground transportation. Our door to door service means that you will be pickup directly form your hotel and delivered to the same spot after the tour, for free.

Our customers’ satisfaction is the most important thing, therefore we carefully select our guides and regularly monitor the customer’s feedback.

More reasons why you should use our services:

We have invented this tour on the market and we are the best in it.

Enjoy this tour with us, in a small group, everyday.

Remember that we will pick you up and drive you back to your hotel or apartment. We travel in small groups to make sure you are comfortable and on time everywhere.

Our customers’ satisfaction is the most important thing, therefore we carefully select our guides and regularly monitor the customer’s feedback.

Our tour includes all admission fees and tickets so you don't have to worry about a thing and stand in the lines to buy the tickets or hire a guide.

We would also recommend:

Please note that for GDN airport/hotels near the airport pickup the additional fee is 70 PLN per booking.

You didn't find answer for your question? Contact us

2 travellers
Adult
-
+
Students
ID required
-
+
Children
Ages 0-12
-
+
Sorry, this service is not available in the selected quantity on that day. Check the next available dates or change the number of travellers.
Check another date:
You can also check our bestsellers, which are still available!